It was love at first sight... Standing away from everyone, this charming creature attracted the attention of many, not just mine. Everyone was willing to make a closer acquaintance. Then the introduction took place ... Cascade Cymbidium. The name sounded very proud and self-confident, and fully justified the appearance. I wanted to know more about it: where it is from, how to care for it and what other secrets it keeps inside. Later I learned that the “charming” came to us from the greenhouse of Leo and Trees Zwinkels. 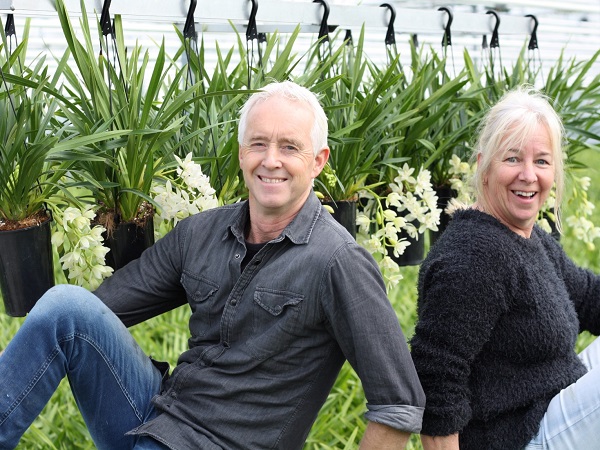 Trees and Leo both descend from real horticultural families that for generations had greenhouses in Westland.

Leo and Trees have been in the greenhouse gardening business from a young age. In 1981, Leo and his brother came to work for the company that specialised in growing vegetables, but also cultivated cymbidiums for cutting. Over the years, tomatoes and other vegetables were abandoned and the company has focused entirely on growing cymbidiums, first only for cutting, and since 2006 potted cascade cymbidium has been added.

“We first saw the cascade cymbidium at the Floriade in 2002 and fell in love with it. We spent a few years collecting some plants of these cascade species, and in 2006 this flower became the center of our cultivation plan.
In 2017 we had to move our company to Kerklaan 116, in de Lier, and since then we only have cascade cymbidiums at our new location,”, - says Leo Zwinkels. 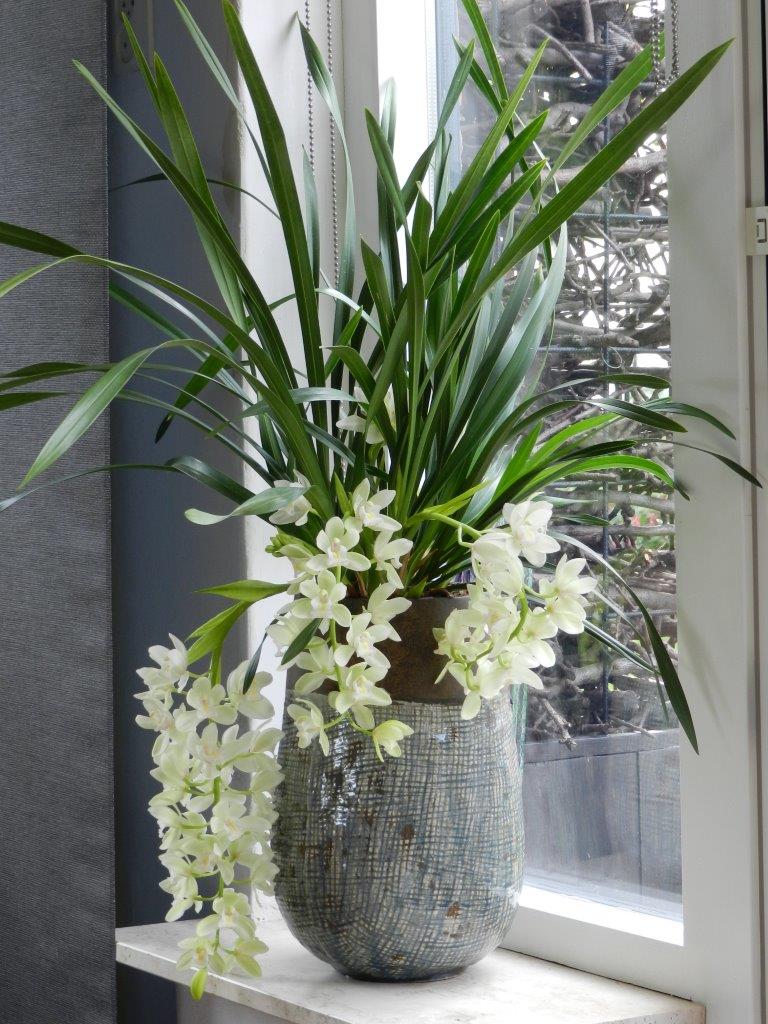 Some facts about the cultivation of the Cascade cymbidium from Leo and Trees Zwinkels:

v We bring a shoot to the laboratory for propagation, the shoot contains growth points (new shoots), these are treated so that about 1000 plants could be grown from one shoot. It takes 2 years.

v Then we receive the plants in a sealed plastic bottle containing 50 small plants. The plants grow up to a length of 6 cm. After that, we take them out of the bottle and put in a pot. Then, they grow up in a closed greenhouse. In 7 months, they are strong enough to be put in a normal greenhouse. There they remain for 1 year, still fairly close together, 20 plants per meter.

v After this they will enter the final phase, they will be planted so that they have sufficient space, and if everything goes well, in about a year the branches will appear. However, the cymbidium is a stubborn creature so it can sometimes take a year longer. Thus, from the moment we have decide that we want a new plant, we need between 4.5 and 5.5 years for these plants to actually flower. As of today, the flowering of cascade cymbidiums cannot be controlled, and that is why this flower is available in the market only from October to March. 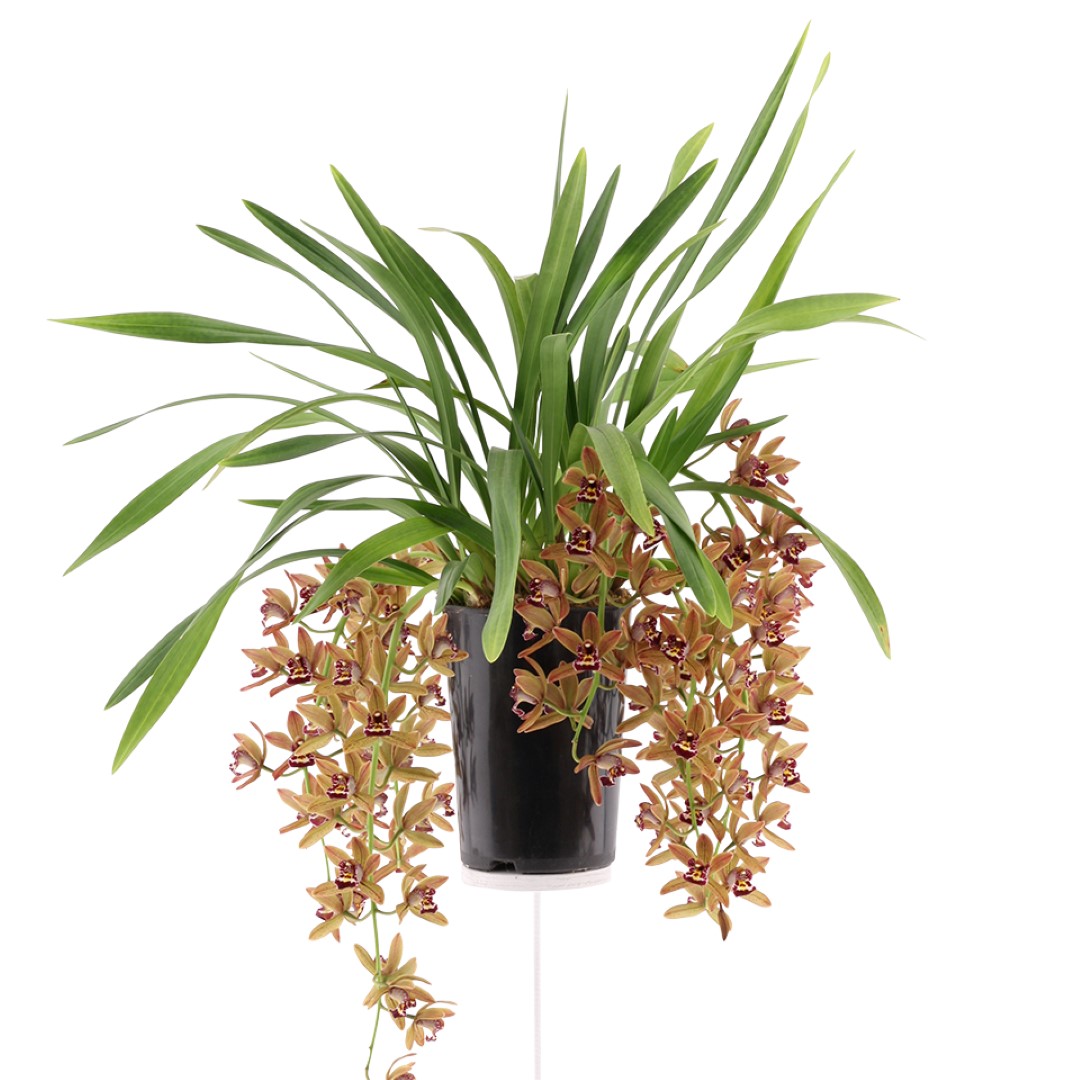 ü Put the plant in a high pot and preferably place it in a cool, light spot for longer flowering.  Cool air is not a problem for a cymbidium (the ideal temperature is between 10 and 22 degrees).

ü When the plant has finished flowering after about 8-10 weeks, it can flower again the following year. For this, after flowering it is important to put the plant away in a cold but sufficiently light place and to give it less water for 2 months. Then return to normal water and feeding balance.

ü Give it less food in summer to stop the growth of the shoots so that the plant will start budding.

1.   Most of the ancestors or today's cymbidiums originated from the forests of the Himalayas at a height of between 1,200 and 2,800 meters (3,900 and 9,000 feet). From the mountains of India, the Asiatic cymbidium belt extends to China, Korea and Japan and right down to the warmer south. There are 44 botanical species and only a few have cascade flowers and grow in the dead old trees trunks and on rocks.

2.    It takes 5 years before the cascade cymbidium can flower for the first time.

3.   Compared to most orchids, the cymbidium needs much more water, about as much as a Ficus does.

4.   The cymbidium can also tolerate much more light than, for example, the    Phalaenopsis.

5.   Another big difference with most orchids is that cymbidium can withstand cold temperature. (2 degrees above zero is not a problem).

6.   After flowering, the plant can be put outside provided that the ambient temperature is not below zero, this is the easiest way to make the it bloom again the following year.

8.   If the plant becomes too large, you can split it into 2 to 4 cuttings, just make sure they all have roots and leaves.

9.   We have been making selection for 13 years. And now we have 20 new cascade cymbidium varieties that will flower now and in the coming years.

10. We sell most plants to wholesalers, but private buyers can also order the cascade cymbidiums through our web-shop.   www.lzorchidee.nl

If you fell in love with it like me, Astra Fund company is your simple and reliable way to get this “charming”! Astra Fund, your reliable supplier of flowers and plants from Holland. 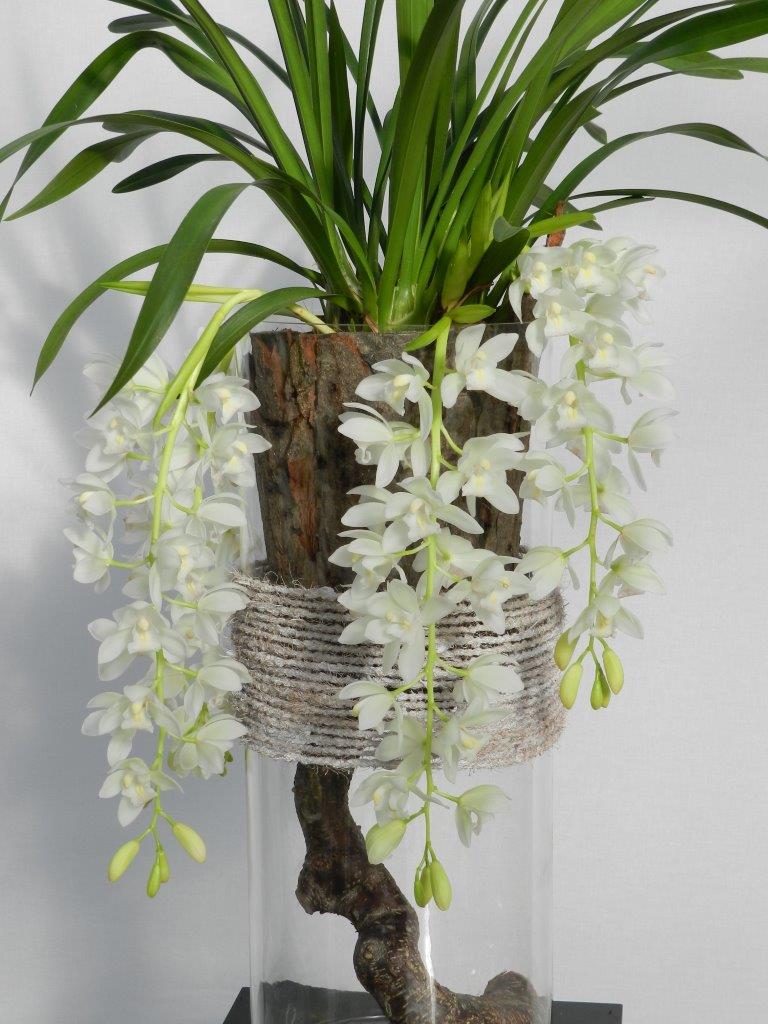