The Artemisia is a large and diverse plant genus that is comprised of roughly 200 to 400 different species from the Asteraceae(daisy) family. Commonly used names for species within the genus include Sagebrush, Wormwood and Mugwort. Within the genus there are mostly hardy, herbaceous shrubs and plants that are famous for their essential oils containing powerful chemicals. Species of Artemisia typically grow in areas with moderate climates in both the northern and southern hemispheres. Noteworthy species of Artemisia include Artemisia Abrotanum (Southernwood), Artemisia Dracunculus (Tarragon), Artemisia Absinthium (Wormwood), Artemisia Annua (Sagewort), Artemisia Tridentata (Big Sagebrush) and Artemisia Vulgaris (Common Mugwort). A species that is not mentioned in the list above, but is the only one available to buy in bulk orders of potted plants from Holland based Astra Fun, is the variety called Artemisia Ludoviciana. This is a perennial that can grow to heights of anything from between 30 centimetres and 1 metre. The foliage and stems of this variety are covered in white or grey and woolly hairs and at the top of each stem there is a number of handing and nodding flower heads. This particular variety of this popular flower and potted plant originates in places such as the US and Europe and makes for a visually appealing plant. 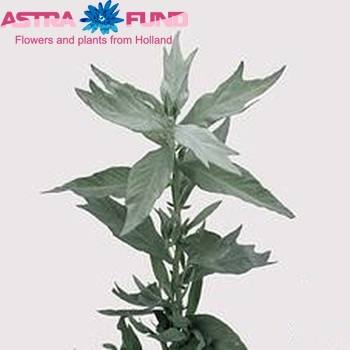