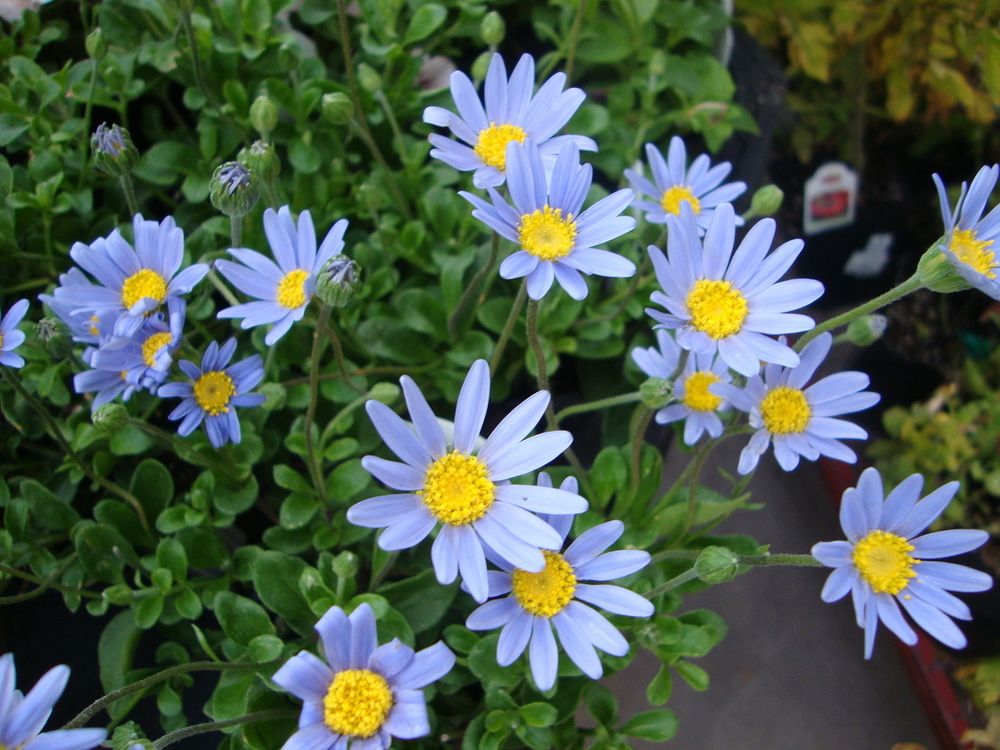 Felicia also known as the ‘Blue Daisy’ belongs to the Asteraceae family. The name of this festive shrub was given by its discoverer researcher who named the flower in honour of his wife. South Africa is considered the homeland of this outlandish flower with small blue daisy-shaped inflorescences.

Unlike the daisy familiar to our region, Felicia can be in the form of a herbaceous perennial or an annual shrub. Often the plant has the shape of a hemispherical bush with many stems up to 25 cm long and up to 50 cm wide. Felicia branches have leafless petioles, they are elliptical or lanceolate. Leaflets are of green colour with a blue and white tint and a tiny size.

Felicia flowers are scattered throughout the bush, they are usually blue with a bright yellow centre, but there are also examples with purple or pink petals. If the flowering is pollinated, seeds appear on each bud, fruits with seeds inside. An important feature of the shrub is that in cloudy weather the flowers close until the sun appears. On cloudless days the buds will delight the eye and remain open even in the evening.

Buying Felicia in wholesale from the Netherlands is recommended to experienced gardeners, as cultivation can be difficult. Most often, Felicia is used as a framing for garden paths or as part of a composition in rocky gardens. The high decorativeness of Felicia makes it an almost universal plant, which is suitable both for landscaping a recreation area and decorating artificial water bodies.

Felicia in wholesale from ‘Astra Fund Holland BV’ from the Netherlands

Our company has many years of experience in the supply of wholesale potted and cut flowers from the Netherlands. The wholesale price of Felicia from the Netherlands depends on the season, so if you want to complement your garden with this bright plant, please contact our managers by phone, e-mail or by filling out a special form. 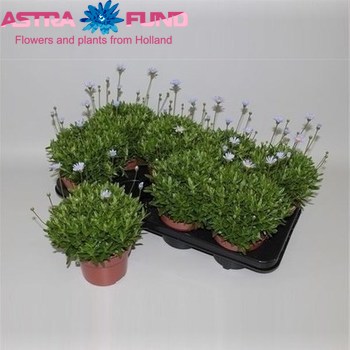